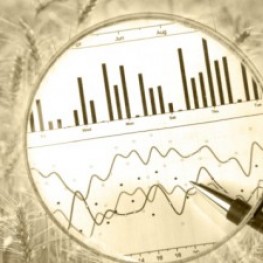 This online seminar aims to discuss algorithmic tacit collusion and price discrimination from an economic, technical, and legal perspective. Advancements in artificial intelligence have given rise to well-known debates on algorithmic collusion and the resulting need for changes to antitrust/competition rules and doctrines, yet it remains uncertain to what extent they will materialise in practice.

Advancements in artificial intelligence have given rise to well-known debates on algorithmic collusion and the resulting need for changes to antitrust/competition rules and doctrines (Ezrachi and Stucke, 2016). Despite those risks being well -documented from a legal point of view, it remains uncertain to what extent they will or could materialise in practice. Economic and technology-focused research offer useful additional perspectives in that regard.

In addition, algorithmic collusion debates have taken place against the background of a changing regulatory landscape, particularly in the European Union. On 21 April 2021, the European Commission in that context published a much anticipated proposal for an AI Regulation. If adopted, it would impose significant regulatory obligations on AI developers and users. Although the proposal does not directly affect EU competition law, it influences the conditions under which algorithmic collusion could take place and imposes an important additional layer of market surveillance.

The purpose of this seminar, organised jointly with the Liège Competition and Innovation Institute (LCII), is to link both discussions, shedding light on the impact the proposed AI Regulation could have on current algorithmic collusion debates and practices.

Taking a multidisciplinary approach to those developments, we are happy to host Prof. Axel Gautier (industrial economics) and Prof. Ashwin Ittoo (information sciences), who will offer an update on the state of the art in algorithmic collusion. Their presentations will be complemented by a first critical look on the AI Regulation by Jerome De Cooman and an exploratory analysis of its impact on competition law enforcement. The seminar will be chaired by Prof. Pieter Van Cleynenbreugel (ULiège). There will be ample room for Q&A and debate. Attendance is free of charge and open to (new) Ascola members and others who have registered in advance.

3rd Doctoral Workshop on the Economics of Digitization