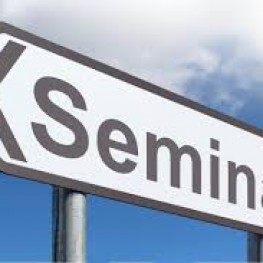 The LCII cordially invites you to its brown bag seminar on “A descriptive study on hub and spoke cartels” presented by Rodrigo Londono Van Rutten (USaint-Louis) on Friday, February 1st.

Abstract:
A common practice by competition authorities is to distinguish between horizontal and vertical agreements. Although this distinction facilitates cartels prosecution, since the early 21st century, competition authorities have investigated a growing number of cartels that cannot be classified clearly as either horizontal or vertical agreements: hub and spoke cartels. These differ to typical cartels in two key ways. First, a third party from another stage of the production facilitates the collusion. Second, resale price maintenance is used to establish the vertical links. We collect data on 71 horizontal cartels and 13 hub and spoke cartels. We present a set of descriptive results and highlight differences between the two types of cartels. While 92% of hub and spoke cartels last less than four years, only 26% of horizontal cartels are in that situation. We also observe that 29% of the firms in hub and spoke cartels come from the manufacturing sector, whereas this is the case for 82% of the firms in horizontal cartels. Lastly, we highlight the importance of leniency applications. For both kind of cartels more than 90% of the cases are concerned by at least one leniency application.

3rd Doctoral Workshop on the Economics of Digitization

5th Doctoral Workshop on the Economics of Digitization