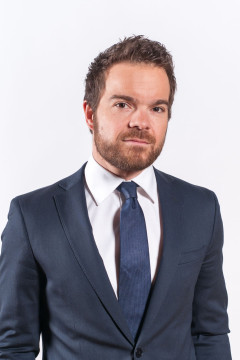 Professor Nicolas Petit is Professor of Law at Liege University, Belgium and a Research Professor at the School of Law of the University of South Australia in Adelaide (UniSA).

Professor Nicolas Petit’s research focuses on antitrust law, intellectual property, and law in a context of technological change. His recent written works deal with the legal challenges created by the introduction of artificial intelligence and robotics in society. He is also working on a book on technology platforms’ competition.

Professor Petit is the co-author of EU Competition Law and Economics (Oxford University Press, 2012) and the author of Droit européen de la concurrence (Domat Montchrestien, 2013), a monograph which was awarded the prize for the best law book of the year at the Constitutionnal Court in France. In 2017, he received the GCR award for academic excellence.